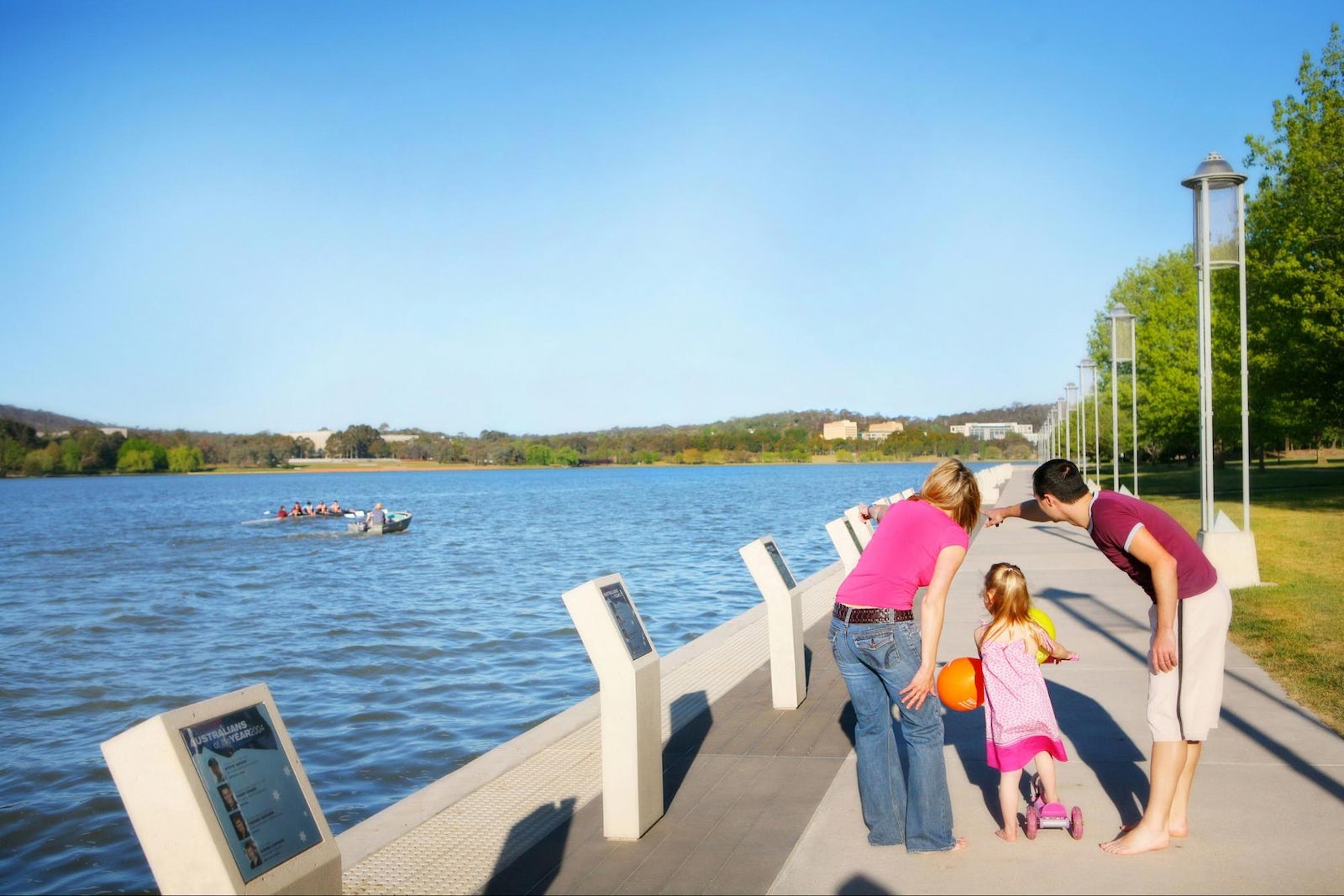 10 Things you didn't know about Canberra

From the world-class exhibits, spectacular events and incomparable arts and culture scene, Canberra is a traveller’s delight! But how much do you really know about Australia’s capital city?

To give you an edge on your next trivia night, we’ve put together some fun facts about the nation’s capital that are sure to amuse and inspire a visit to this standout city. Read on to learn 10 interesting things you didn’t know about Canberra!

1. How Canberra got its name

Canberra is known as Australia’s capital city and sometimes affectionately called The Bush capital for its sweeping nature reserves and surrounding mountain ranges. But it’s not often asked how the city got its name.

For more than 21,000 years, the Ngunnawal people, the original custodians of the land, considered the Canberra region their home. So it comes as no surprise that its name is derived from their language. Canberra supposedly means either “meeting place” or “women’s breasts.” Though the former makes the most sense, a view of the famous Mt Ainslie and Black Mountain gives some veracity to the later.

2. Canberra has 3 sister cities: The Japanese city of Nara, Beijing in China, and Wellington in New Zealand

Nara, the capital of Nara Prefecture in Japan became Canberra’s first sister city in 1993, followed by Beijing, China in 2000, and most recently Wellington, New Zealand in 2016.

As a celebration of friendship and goodwill, Canberra hosts the Nara Candle Festival every year at the Canberra Nara Peace Park! This year’s celebration will take place on the 26th of October. Expect a line up of live entertainment, cultural performances, and a variety of food and market stalls.

3. It’s one of the only places in Australia where you can go on a Hot Air Balloon ride

Blessed with wide open skies and a scenic landscape, Canberra has developed a love for hot air balloon riding.
So much so that Canberra has a dedicated festival just for it!

Free to attend, the Canberra Balloon Spectacular is part of the annual Enlighten Festival. Spectators can view hundreds of colourful hot air balloons gently floating high above the capital. To experience this quintessentially Canberran adventure, you can book hot air balloon flights from Balloon Aloft or Dawn Drifters.

4. You'll find over 30 exceptional wineries in the city's outskirts

Canberra boasts an array of exceptional wineries all within a short drive from the CBD. Producing some of the nation’s most outstanding high-country, cool-climate wines, the region has rightfully earned its spot in Lonely Planet’s list of the most revered wines trails in Australasia.

Here are some of our favourites:

5. Canberra has a NASA base - Canberra Deep Space Communication Complex

Located at Tidbinbilla, the Canberra Deep Space Communication Complex is one of three stations in the world. The other two are based in Madrid, Spain and Goldstone, California. The station provides continuous, two-way radio contact with spacecrafts exploring our solar system and beyond. Its antennas especially play a pivotal role in tracking NASA's Voyager 1 spacecraft, which has now travelled beyond the Solar System!

Visitors can learn all about space exploration and the amazing advancements we have accomplished at the Canberra Space Centre - open 7 days a week, from to . Here you can take in magnificent views of the largest antenna complex in the southern hemisphere, see a piece of the Moon that's over 3.8 billion years old, and discover astronaut food!

6. Canberra was named one of Lonely Planet’s Top Cities to visit in 2018

With a vibrant culture, thriving food and wine scene, and stunning landscape, it’s easy to see why Canberra ranked third on Lonely Planet’s ‘Best in Travel — Top Cities’ list for 2018. It’s edged out Melbourne, Sydney and Brisbane, and is the only Aussie city to be ranked in the top 10 - making it the highest an Australian city has ever appeared on the acclaimed list!

The inclusive multicultural community, endless choice of family-friendly activities, paired with the warm and welcoming local atmosphere keeps travellers coming back for more. To top it off, Canberra experiences all four seasons with bountiful sunshine all year round. You can enjoy a multitude of outdoor adventures from skiing, cycling, watersports and more.

From Deakin, Watson, Fisher, Cook, Hughes, Curtin and Fadden, Canberra has a tradition of naming its suburbs and streets after past Prime Ministers. Most recently, Whitlam, a suburb in the new Molonglo Valley, was named after the late prime minister Gough Whitlam.

Meanwhile, as a curveball to this list and a testament to a classic Aussie obsession, Callister Street in Theodore pays tribute to Australian Chemist Dr Cyril Callister, inventor of the Vegemite.

8. The capital is home to distinguished local breweries and distilleries

Over the years, Canberra has established a thriving and award-winning industry of brewers and distillers, producing some of the country’s best tipple.

Here are some of the capital’s finest:

Tours:  Tag along Dave’s Triple Treat Tour or Local Spirit Luxury Distillery Experience to get a behind the scenes look at Canberra’s distilleries and breweries, and learn all about the intricacies of creating the perfect tipple. You can also check each individual venue for tours and prices.

9. Over 137 entries from 15 different nations pitched to design the city

In 1912, the Australian Government hosted a Federal Capital Design Competition to find a design for the nation's capital. They received a staggering 137 entries from all over the world, including Mexico, Sweden, South Africa, Paraguay, France and India!

Ultimately, the award went to American architect Walter Burley Griffin.  A little known fun fact: His wife Marion actually did all the drawings of the design that was presented to the assessors.

It’s a known fact that beneath Canberra’s streets, you’ll find vast multi-level underground tunnels connecting many government buildings. But did you know that there are supposedly more secret passageways running beneath Lake Burley Griffin?

Secret tunnels, hidden passages and espionage has been whispered about in Canberra for decades. Numerous exposes and news articles have attempted to uncover the city’s secrets but none have found solid evidence - yet. Rumours have also long persisted about the Deakin Telephone Exchange being used for espionage purposes by secret agencies such as the NSA and FBI.